This year was the first year that Lassen Canyon Nursery implemented its automated plant sorter system as a fully integrated stand-alone system for plant processing. Several years ago Lassen Canyon Nursery along with its colleagues at Crown Nursery, Driscoll’s, Nor Cal Nursery, and Plant Sciences joined forces with the Robotics department at Carnegie Mellon University in Pittsburgh, PA to come up with software to “see” good strawberry plants. The software engineers came up with a vision system that was capable of identifying an acceptable plant and discarding low quality or otherwise unacceptable plants. Unfortunately, that turned out to be the easy part…the hard part was to figure out a way to get all those thousands of strawberry plants separated from one another after they were harvested and spread out on the vision belt so the camera could “see” them so the software could do its job. Our group came up with a system of separating the plants (singulating) that works pretty well and then the problem arose of what to do with the separated and graded plants after they had been sorted. The plants still had to be trimmed and organized neatly in a box that was acceptable to the customer and the box had to have a consistent amount of plants in it. Some nurseries simply had the plants graded with the machine and delivered to human trimmers who were able to go through the singulated/graded plants at a much more rapid pace than the old fashioned way. Lassen Canyon wanted a fully integrated system. It had a “back end” built that allowed the graded plants to be organized by human into small groups. The groups (in Lassen’s case we used ten plants) are set in a pocket conveyer and sent through a set of saw blades for trimming tops and roots. The plants then pass through sensors that count the plants before they fall into a hopper and on into a box that is managed by a packer. The packer neatly organizes the plants into an orderly pack. The sensor alerts the packer when the appropriate box count is reached (In most cases in the high elevation harvest, that number is 1500 plants) and the packer sends the box to be closed, stamped and palletized.

This was the first year that all systems were ready to go and the Team Robot group worked all season. At first the production was really slow as the new robot trimmers learned how to gather the plants quickly. By the end of the season the productivity of the group was up to an impressive level for entry level trimmers. The good plants they could get out of a bin of plants equaled the number the experienced trimmers got trimming conventionally which was a milestone! We at Lassen Canyon Nursery are very proud of our Team Robot trimmers and their supervisor Abraham Renaga, the Robot Handler Oscar Rodriguez and Mechanic Ramon Hernandez. Although we are sure these devices will evolve to be more automated and more efficient, we are happy to be on our way with our stand alone system. Well done Team Robot! 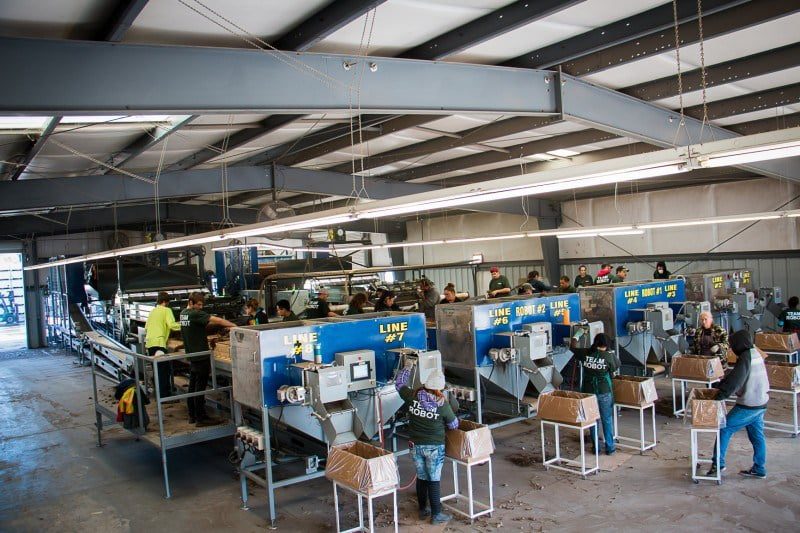 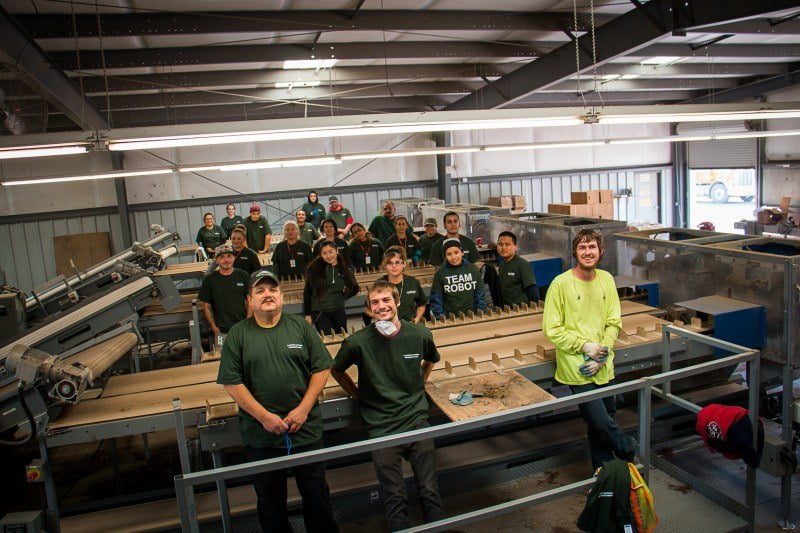